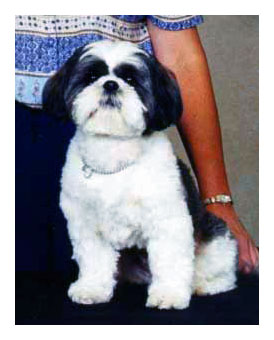 There were other agility registries before the AKC entered into the game, such as NADAC and, USDAA, In 1995 when the AKC threw their hat into the ring, they needed a reward system. They decided on 3 levels of agility, Novice, Open, and Excellent. Borrowing from Obedience, if 3 qualifying legs [a score of 85 or higher] could be attained in each level, a title would be granted. It seemed like a good plan, something a dog could spend its whole career trying to achieve. Well, to the surprise of AKC and everyone else, dogs were getting Excellent Titles left and right. It seemed that agility fever had taken over dog people. Agility competitors rose in number faster than the AKC ever dreamed. It was the fastest growing sport AKC ever had. People were devoting much time and money into learning the ways to get those agility titles. Another change was necessary.

In 1997 the AKC came up with the Masters Title. “Masters”, the very name spoke of the difficulties involved. 10 Excellent legs were needed to get a Masters Title. Ten Excellent Legs? The author remembers thinking, “How could I ever get 10 Excellent Qualifying Legs?” Well, I did, and others did it a lot faster. It quickly became obvious that the more the AKC raised the bar, the more “us agility crazies” would work. Not only did the titles get more sophisticated, but the courses got incredibly harder. Well, those Master titles just kept coming The AKC went back to the drawing board.

In February of ’99, they instituted the MACH. “Master Agility Champion”. …wooossshhhhhh……… You had to qualify in both a standardNiki run and a jumpers un in the same day. Trust me, this does not happen often. In order to qualify in Excellent you now had to get 100 instead of 85. In other words, you had to be perfect not once, but twice in a day. You had to do this not 1 or 2 times [which would be enough to thrill this author], but 20 times! This would show that this dog had a consistency that was way beyond the crowd. Yet, this was not enough to receive a MACH. The AKC also wanted to show that the dog had speed along with consistency. Talented dogs often possess one without the other. They started awarding points to every second you were under course time. UNDER? Up till now, if my little Shih Tzu could do a course of 20 obstacles in 45 seconds, it was time to break out the champagne. Now, I had to go under that time? Now 45 seconds was NO points? The AKC announced they wanted points, but not just a lot of points. They wanted 750 points! 20 Double Qualifying scores (DBL-Q’s) and 750 points for a MACH. Finally, they thought, we can relax, even with a lifetime of work, how many dogs can achieve this? Not many. It will keep these agility people coming year after year. Well, guess what?

The “agility crazies” got people in from Europe (where the sport originated); they spent time and money learning running contacts; how to cut every corner and how to get those blasted weave poles fast. You guessed it; the MACH’s started coming, but never, never taken for granted. Where in the Breed Ring would you see the hoopla that is made over someone getting their MACH? I have seen the judge in the other ring stop everything, because they got word that if the dog qualified there would be a MACH in Ring 1. At the conclusion of the run, if successful, the judge hands the last jump bar to the handler, and handler and dog take a victory run around the ring with the crowd cheering. An unusual accomplishment rewarded with unusual ceremony. Often, after the run, as people gather to sign their bar, champagne is uncorked. Of course, not in front of the eyes of the AKC delegate present at the show. In other words, it is a feat that is appreciated by supporter, competitor and anyone who has at least the slightest knowledge of what is involved.

I am happy to announce that Linda Harper from California and her very precious 12” Shih Tzu, Harper’s Naught Niki, CD MXJ, received their MACH on Feb 9, 2003.

AUTHORS NOTE: This event was made even lovelier because Linda happens to be one of the nicer and most genuine people I have ever met in Shih Tzu!