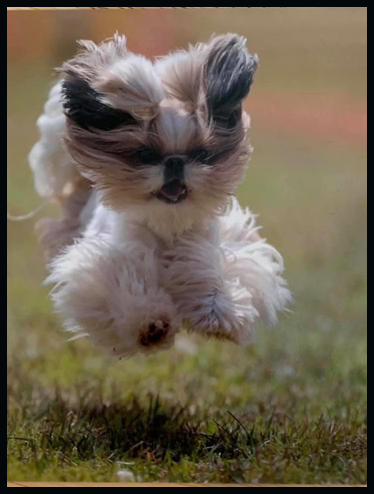 The American Shih Tzu Club would like to express its concerns about and opposition to the breeding and registration changes adopted by the Dutch Government and the Dutch Kennel Club (Raad van Beheer) that recklessly target brachycephalic breeds, including Shih Tzu, in the Netherlands. Their extreme regulations will result in significant changes to the distinctive head and expression that have characterized our breed for more than a century while doing little to improve overall canine health.

Our breed was not officially recognized by the American Kennel Club until 1969, but the first Shih Tzu arrived here from England in the late 1930s. The lion-like, chrysanthemum-faced Shih Tzu was developed as the distinctive breed known today in the court of Dowager Empress Cixi (Tzu-hsi, 1835-1908), and similar small, shaggy, lion-like dogs in China date back to at least 1000 B.C. Although the breed became extinct in its native land after the Communist Revolution of 1949, it continued to exist because of the Chinese dogs that had been brought to England and Scandinavia in the early 1930s.

Since that time, responsible breeders throughout the world have tried to preserve and protect the distinctive characteristics of this lovely breed. Shih Tzu bred to the breed standard are very sturdy, healthy, long-lived dogs. While they are generally considered companions, Shih Tzu compete successfully in performance events such as agility and lure coursing. The Shih Tzu standard calls for a broad, square muzzle and lower jaw and wide open nostrils. Pinched nostrils (stenotic nares) and elongated soft palates are rarely seen in well-bred Shih Tzu. Although the muzzle length may vary slightly based on the size of the dog, an extremely short, uptilted muzzle (the “Persian kitten” look) in a Shih Tzu is as undesirable as a long, narrow one. And how would lengthening the muzzle resolve the issue of tracheal collapse, which rescue organizations see most often in several long-nosed toy breeds but rarely in Shih Tzu? Or the distress experienced by a heavily-coated breed with a muzzle of any length walked on hot concrete or exposed to extreme heat and humidity, particularly under stressful conditions like air travel? Obesity is also a major contributor to breathing issues. A recent study led by the Roslin Institute at the University of Edinburgh’s Royal School of Veterinary Studies has found that a DNA mutation in a gene called ADAMTS3 that is NOT dependent on skull shape is linked to upper airway syndrome in Norwich Terriers and is also common in French and English bulldogs. This is yet another indication that at least some of what is being called brachycephalic airway syndrome may very well not even be linked to the length of the muzzle. Sensible regulations should target individual dogs of any breed with actual breathing difficulties or other serious health or temperament issues, rather than destroying much-loved breeds without actually solving whatever problems may exist.

Breed clubs throughout the world promote the breeding of sound, healthy representatives of breeds that have been in existence for many years. What the new Dutch regulations do is prevent responsible preservation breeders from continuing to create healthy dogs that conform to a breed standard that does not promote extremes. Instead, they encourage irresponsible breeders who do not care whether their dogs are registerable or conform to the historic breed standard to produce extreme, unhealthy, and unsound dogs. We are happy to support initiatives that promote the responsible breeding of healthy dogs, but that is not what these regulations do. 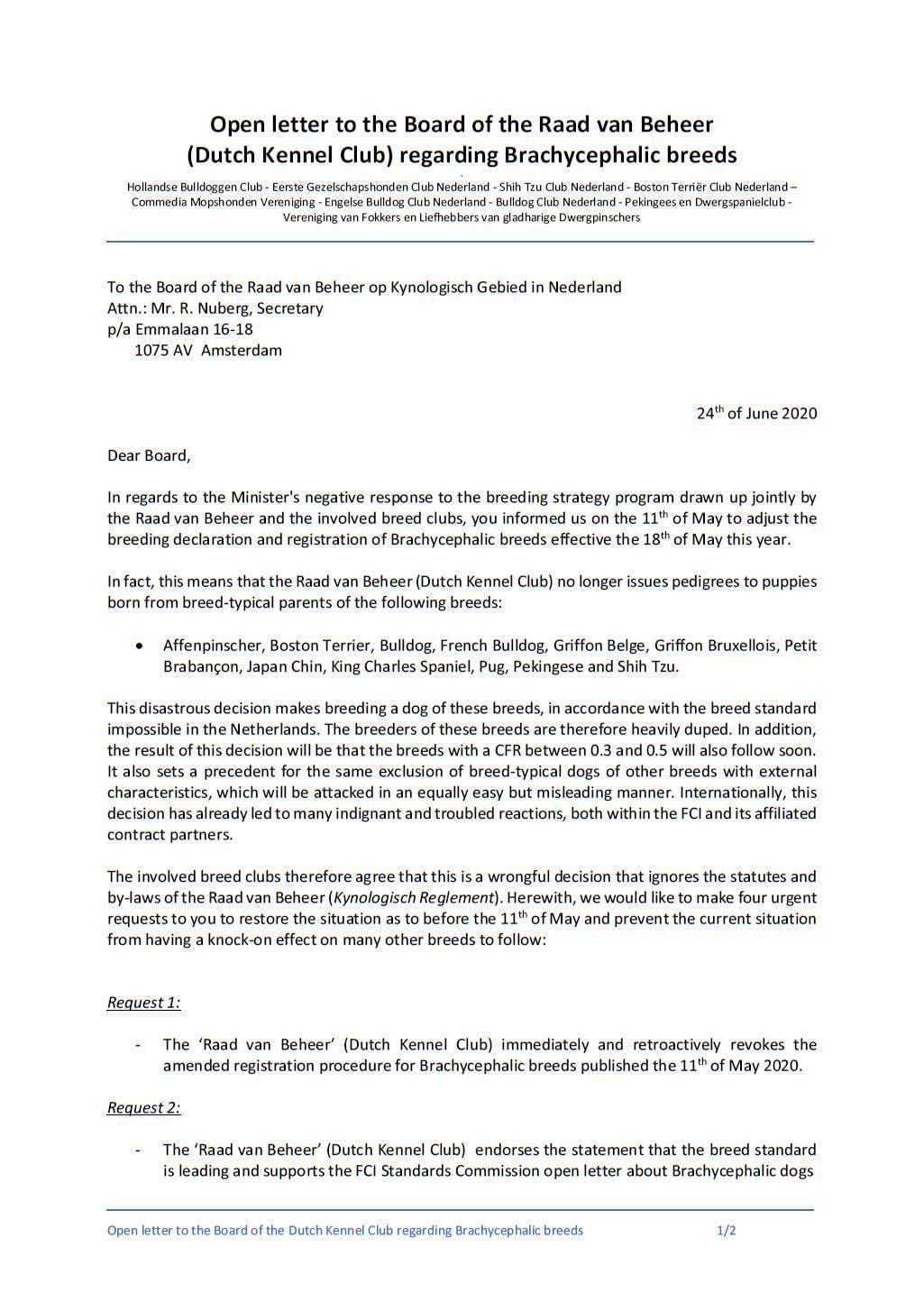 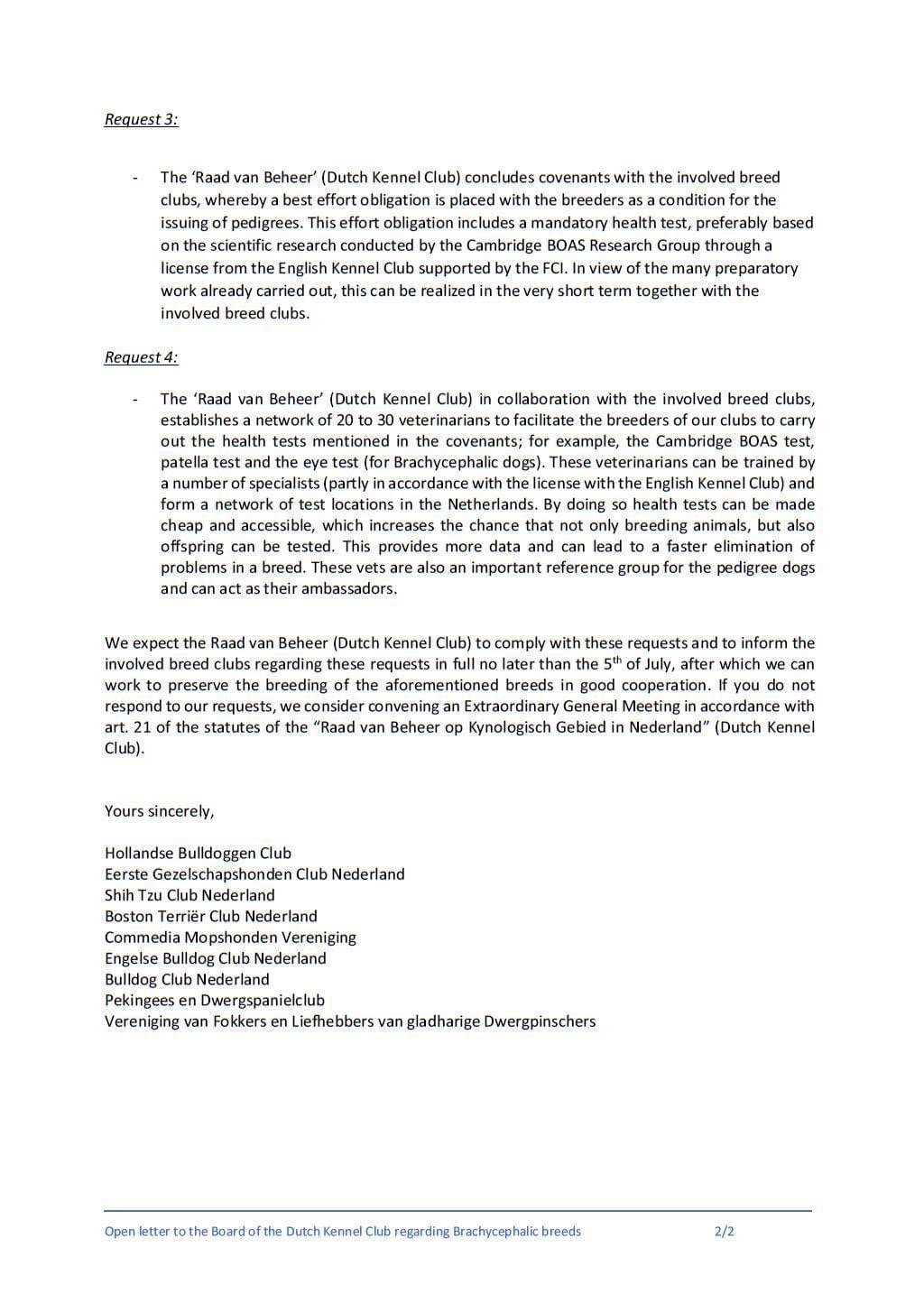