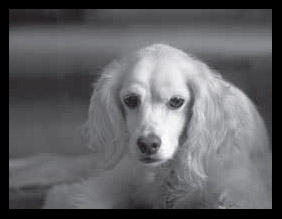 Most of the diseases that we see and treat in the ER can be pretty easily comprehended by non-medical folks: trauma, infection, cancer "all of these seem to make sense to pet owners when we discuss them. But there is one disease that almost always sends heads spinning and puts a look of blank incomprehension on the faces of pet owners. This disease is immunemediated hemolytic anemia, or IMHA, and I will give you a littlle insight into its nefarious workings right now.

Your immune system keeps you safe and protected from all the zillions of things that try to kill you every day. Every minute of every day, viruses are trying to enter your sinuses, bacteria want to creep into your blood stream, and even your own cells decide what the heck "let’s mutate and try and cause cancer. Your immune system stands a post, grabs a gun and keeps all these hazards at bay so you can spend another day looking for just the right pair of jeggings at the Gap.

Your immune system is an amazingly choreographed and intricate machine with dozens of types of cells and hundreds of chemical messengers that allow it to determine what’s you, what’s not you, and what’s potentially trying to kill you. It doesn’t always work the way it is supposed to.

In some cases, it gets confused and decides that something totally harmless is worthy of note and launches a counteroffensive this is what happens with most allergies. Your immune system decides that pollen, for example, is dreadful and must be eliminated at all costs and mounts an attack that leaves you with puffy eyes, a runny nose and a bad case of the sneezies. To my knowledge, pollen has never killed anyone"so, why the big fuss, immune system?

In other cases, your immune system gets even more confused and decides that li!le bits of you"important bits of you, like joints and blood" are the bad guy and takes them out. These are the so-called autoimmune diseases, many of which you have heard of: rheumatoid arthritis, lupus, Grave’s disease. #ere are many more. Even diabetes (Type I, in which the body stops making insulin) is an autoimmune disease at its core; the body attacks the cells of the pancreas that make insulin. No one knows why. I think it’s because the pancreas said something about the immune system’s mama once, and it all went downhill from there.

One of the more common autoimmune diseases that veterinarians see is IMHA, in which the immune system decides that red blood cells would make a tasty snack and goes after them like Chuck Norris after the bad guys. In most cases, the trigger is never known"one day, your immune system wakes up and says “yesterday viruses and bacteria, today"red blood cells! Tomorrow "who knows?!” and starts destroying them with abandon. The ‘hemolytic’ in the name refers to the process of popping or lysing red blood cells. Incidentally, onions, mothballs and the zinc found in pennies minted after 1982 can all cause the same thing.

SOME OF THE SIGNS OF IMHA INCLUDE:

It can happen with remarkable speed"one day your dog is happily snoozing by the fire, the next day your veterinarian is telling you that he’s in a 50:50 battle for his life. The speed always amazes clients, and makes it one of those diseases that prompts people to use the old ‘but, doc he was fine yesterday’ line.

Your immune system moves fast "think of how fast you go from the depths of the flu to feeling fine; one or two days and you are back to normal, once it gets a toe-hold on the invading bugs. It moves at the same speed when it is confused. It is mercilessly efficient whether it is covering your butt or kicking it.

IMHA and its close cousin Evan’s syndrome (in which red blood cells and platelets are both consumed) are not easily treated. The odds we give pet owners are around 50:50, and some days even those poor odds seem a tad optimistic. Doing battle with the immune system is not for the faint of heart or lean of wallet. Many days in the hospital, multiple transfusions and, in some cases, medications costing thousands can all take their toll and many owners elect not to go ahead with therapy. Not all cases reach the financial limit for owners, but I have been involved in enough that have gone down that path that I always warn families of the potentially rocky road that may lay ahead. I never fault owners who decide not to even dip a toe in the pool and call it quits once the diagnosis is made. It is that bad.

One of the dreaded consequences of IMHA is a blood clot that can travel to the lungs and is often fatal"a pulmonary thromboembolism, or PTE. After treating several cases that seem to have dodged a bullet, enduring transfusion after transfusion, only to catch that bullet in the form of a massive PTE, I always let people know the worst than can happen.

those that we do treat are on medication for months (steroids like prednisone are the cornerstone of therapy) and about one dog in five will have a relapse at some point. Cats, for some reason, are relatively resistant to IMHA; they can still get it, but I have treated hundreds of canine cases and only a handful of cats.

Those that we do treat are on medication for months (steroids like prednisone are the cornerstone of therapy) and about one dog in five will have a relapse at some point. Cats, for some reason, are relatively resistant to IMHA; they can still get it, but I have treated hundreds of canine cases and only a handful of cats.

There is an association between recent vaccination and the onset of IMHA, but I don’t want to infer that vaccines cause IMHA. It’s just not that simple, although folks love to paint vaccines as the bad guy. The association between the two is tenuous and somewhat unproven, and vaccines are still one of the most important tools we have against dreaded diseases like parvo and distemper. We do, however, usually recommend that patients who have had IMHA not receive vaccinations ever again in the future, out of, as they say, an abundance of caution.

Since most cases of IMHA are seen in middle-aged to older pets (females are slightly more likely to get autoimmune diseases in general; Cocker spaniels are the poster dog for IMHA) and vaccines have the greatest protective effects in the young, this recommendation does not usually mean that skipping a vaccine will open the door to potential diseases. Whatever you do, don’t skip vaccines in the hopes of avoiding IMHA, especially in a younger dog. Parvo has killed millions more dogs than IMHA and the vaccines are proven and effective in preventing it. It is simply not worth the risk.

Your immune system is something you absolutely can’t live without, but when it gets off track and sets its sights on some vital part of you "look out. It is hard to get the genie back in the bottle. It can happen, but not without a fight, and with IMHA we are up against a formidable foe.

Dr. Tony Johnson, DVM, DACVECC, is a 1996 Washington State University grad and obtained board certification in the shadowy art of emergency medicine and critical care in 2003. He is currently the Minister of Happiness for VIN and is a former clinical assistant professor at Purdue University School of Veterinary Medicine. He has lectured for several international veterinary conferences and is an active blogger and writer.